They say "Miami made Ali." Whether or not that is true, we do know he went to Miami to train for his first heavyweight boxing shot at the title. He rented a house in Miami and would jog across the causeways to train at the legendary 5th Street Gym in Miami Beach. More than once he was stopped by police while jogging across the causeways or running through the streets because he was a black man and black people were not allowed to be in Miami Beach past sundown or running through the streets during the day. At that time very few people knew who he was until he started getting media attention for his upcoming fight for the heavyweight championship with Sonny Liston. After beating Liston on February 25, 1964 at the Miami Beach Convention Center, he would forever become known to everybody as the Greatest Of All Time.

These proposed bronze/white porcelain public sculptures are to commemorate Ali's indomitable spirit and to remind everyone that one of the most remarkable human beings "Of All Time" once lived among us. 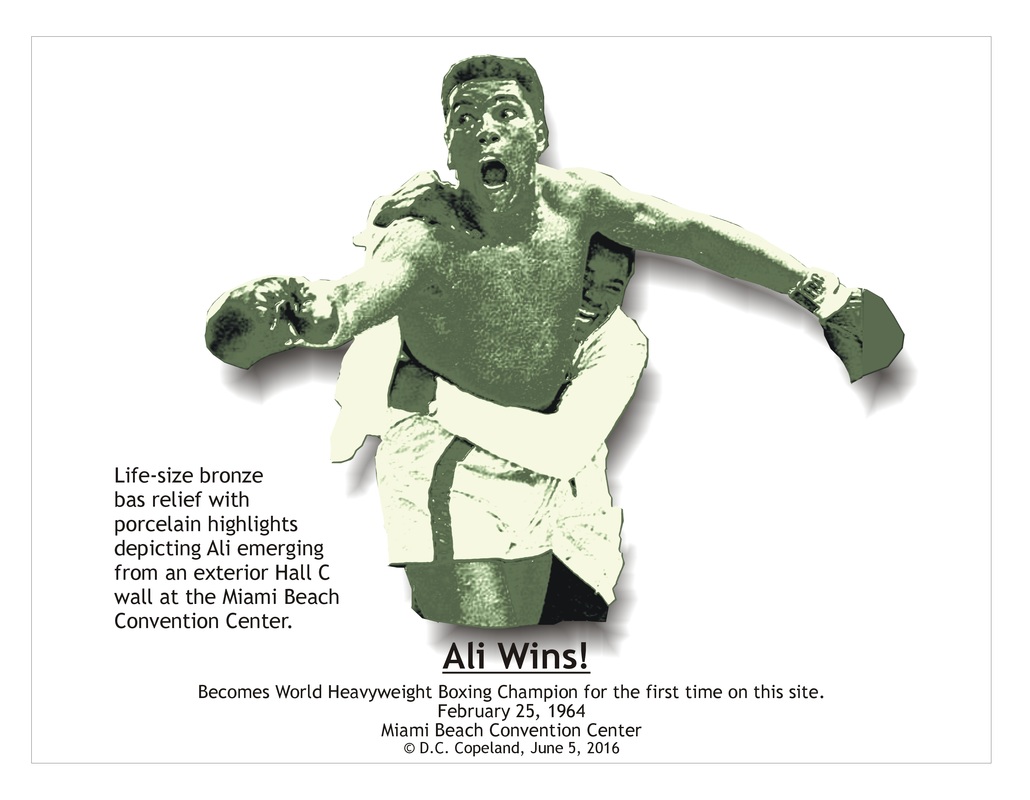 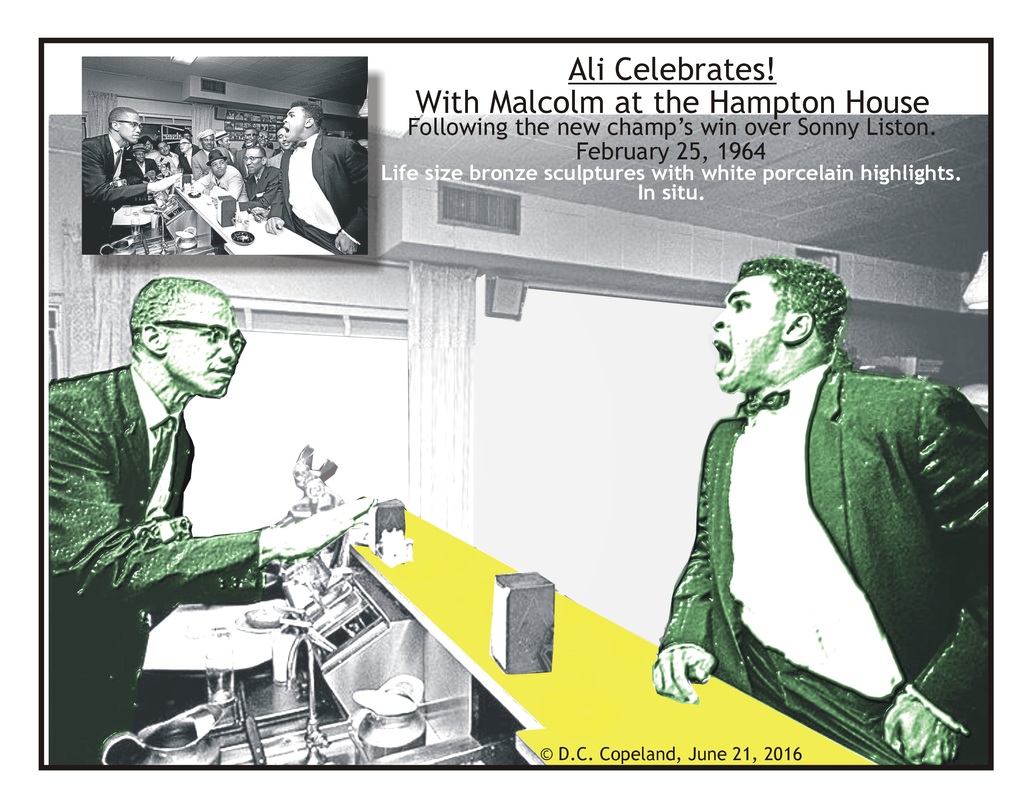 For a look at the history of the Hampton House including loads of archival and current pictures, please click here and here.

"Ali Meets The Beatles with the Domino Punch" 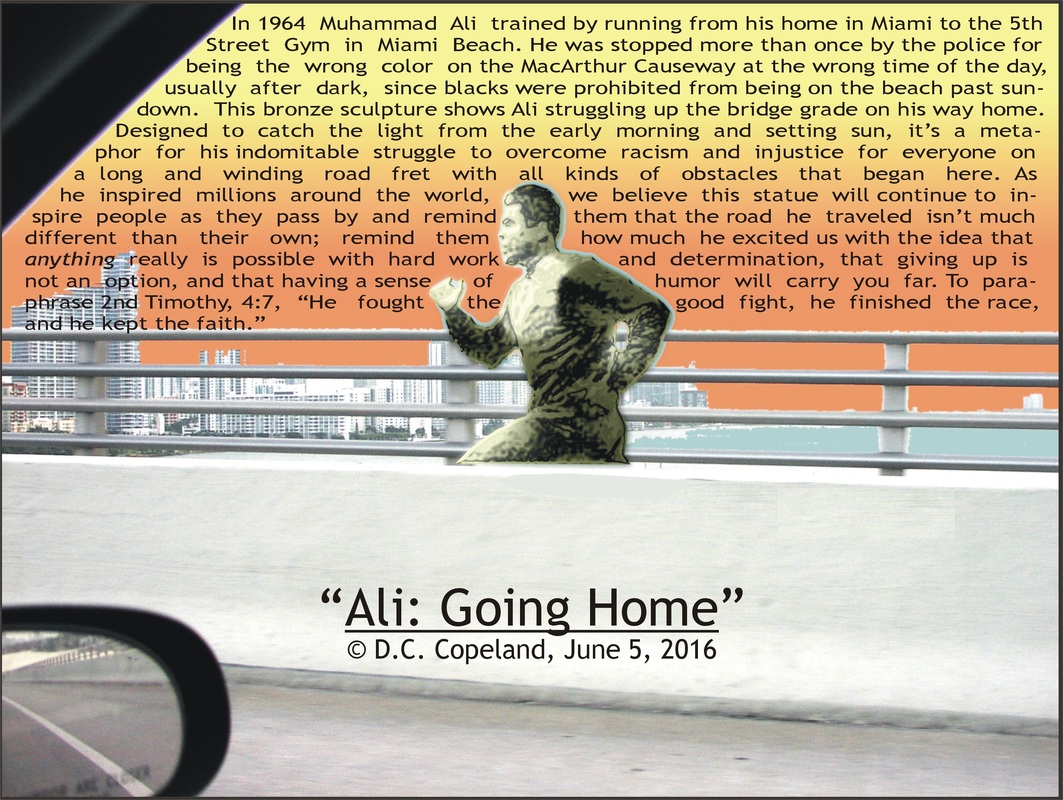 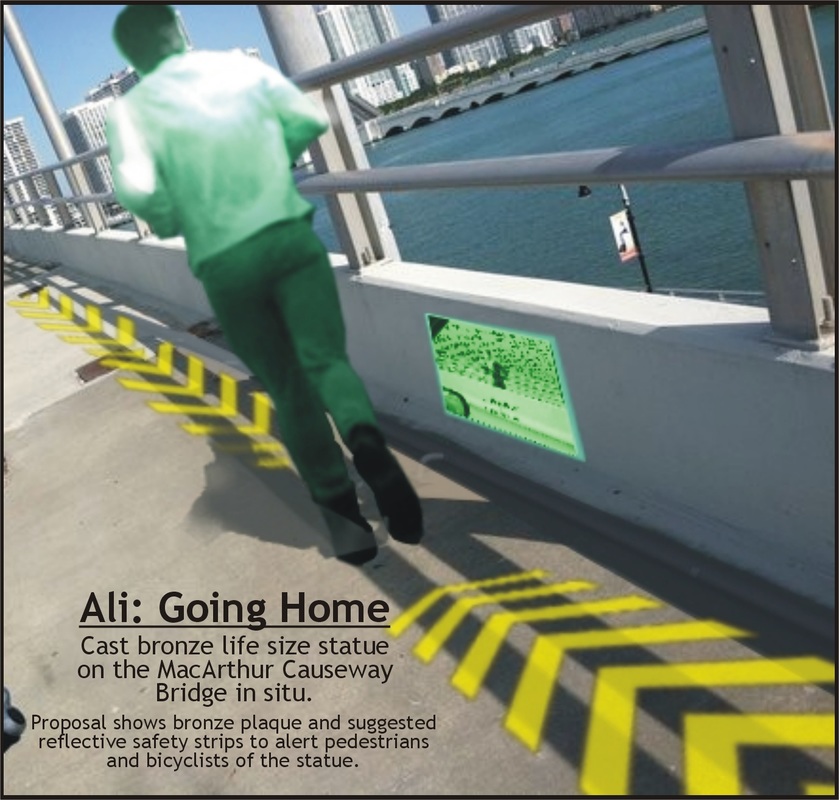